Plants have evolved strategies to tolerate and survive periodic episodes of environmental stress, such as extremes of temperature. Natural selection led to the development of both adaptive behavior and environmental sensing mechanisms that help plants tolerate or avoid such conditions. One of these strategies is the cessation of growth, which takes place after the induction of dormancy in the seeds of many plants. A new project supported by BAP (Boğaziçi University Scientific Research Fund) will start very soon to understand how climate change induces secondary dormancy in seeds. Dr. Steven Footitt from the Department of Molecular Biology and Genetics and his team will investigate how genetically different seeds of the same species survive in soils by using dormancy to adapt to climate change. This project will contribute to understanding of how native flora will adapt to climate change and help in producing the “climate smart crops” needed to sustain Turkey’s farming communities. We conducted an interview with Dr. Steven Footitt for the details of his project.
Kenan Özcan 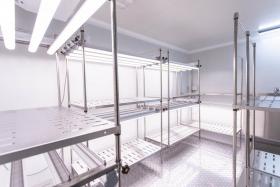 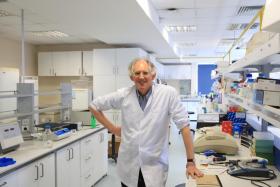 Dr. Steven Footitt has spent many years conducting molecular and eco-physiological studies of seed dormancy. In his new project, he will research how seeds of Arabidopsis and other species sense environmental signals that alter dormancy levels in seeds to time germination and seedling emergence with the time of year when conditions are favorable for successful growth. Dr. Footitt and his team are interested in how adaptation to diverse environments has altered the responses of seeds to temperature, light, and nitrate. Understanding these adaptations will help to predict the adaptability of native flora to climate change. In the project, climate adapted genes that have involved in the regulation of secondary dormancy will be identified. Climate adapted genes in populations with weak secondary dormancy have the potential in crop breeding to accelerate the speed of germination (seed vigor), a valuable feature of elite crop varieties. This will help to produce the “climate smart crops” needed to maintain sustainable agriculture and food security in Turkey as the climate warms.

Could you please introduce yourself and your background? How do you feel about working at Boğaziçi?

I am from a small village in the hills of Derbyshire in the North West of England. I graduated from North East London Polytechnic, now the University of East London. While there, I spent a year as an intern at the Royal Botanic Gardens working on seed dormancy. That experience determined my future path. Next came six years at Louisiana State University in Baton Rouge, USA studying rice seed dormancy for my Ph.D. On my return to England, I worked as a postdoctoral scientist on seed related research at a number of universities including Edinburgh University, the Swedish University for Agricultural Science, Uppsala, Sweden, Rothamsted Research, which is the world’s oldest agricultural research institute, and finally Warwick University. At Warwick University, working with Prof. Bill Finch-Savage, we pioneered the first molecular eco-physiological studies of seed dormancy to significantly advance our understanding of how seeds in the soil respond to environmental signals. Of particular interest was their response to global warming.

I started working at Boğaziçi University in September 2019. My aim is to contribute to seed biology in Turkey. At Boğaziçi, students like being challenged and they are enthusiastic to learn. I look forward to training some of them to be Turkey’s future seed biologists.

“Dormancy is a strategy of plants to survive in unfavorable conditions”

In your project that is funded by BAP, you are interested in understanding how natural variation within species contributes to adaptation to diverse environments. For this, you are researching the process of dormancy in plants. What is dormancy? In which conditions does it appear?

Dormancy in seeds is a physiological process that blocks seed germination at the end of development to until after seed dispersal. Once seeds have been dispersal, dormancy (primary dormancy) still prevents germination even under favorable conditions of water, light and temperature. Dormancy must first decrease in response to specific environmental signals until seeds become sensitive to signals that permit germination.

After dispersal, conditions that prevent germination such as extreme temperatures can induce secondary dormancy. This is generally deeper than primary dormancy. In this way, seeds can survive in the soil for several years until favorable conditions are present. This is a “bet hedging strategy” used by most wild plants to survive.

In agriculture, dormancy has been selected against such as in cereals by thousands of years of forced evolution. This is because fast and uniform germination and seedling emergence (seed vigor) of crops is the most important trait in determining crop yield. A small amount of dormancy is required however to stop pre-harvest sprouting where seeds germinate on the parent plant so reducing crop quality.

Primary dormancy is the dormancy of seeds when seeds are dispersed from the parent plant. This can be quickly lost to allow germination, but if the environment is not suitable for germination, then secondary dormancy is induced. Seeds can then become deeply dormant and the level of dormancy changes in relation to the seasonal soil environment to time seedling emergence for the time of year most suitable for successful plant growth and reproduction. The timing of this seedling emergence “window” differs between species and sometimes within species depending on the environments different populations are adapted too.

Secondary dormancy has diverged through climate adaptation. In Arabidopsis, this has resulted in secondary dormancy induction by low temperature and relief by high temperature in a population (ecotype) originally from the warm/dry climate of the Cape Verdi islands off the west coast of Africa. While in an ecotype from the cool/wet climate of the Burren (Bur) region of Ireland in Northern Europe, induction is by high temperature and relief by low temperature. Using a genetic mapping population produced by crossing these two ecotypes we can identify which regions of the genome contain genes regulating these different temperature responses. This will help us to understand how wild populations respond to climate change. It also helps us to understand the genetic control of secondary dormancy as many crop plants are susceptible to secondary dormancy induction which reduces crop yield. And if these seeds then germinate in the next growing season, they become weeds in the next crop – this has become a serious problem in oilseed rape production.

Why did you choose Arabidopsis thaliana as the model plant?

Arabidopsis has a short life cycle (typically 30-40 days). It has a small genome of about 25,000 genes on 5 chromosomes. The genomes of over a hundred Arabidopsis ecotypes have been sequenced. As a wild plant, the level of genetic variation in the species is very high. It is this variation that has occurred through climate adaptation that led to the choice of ecotypes to be used.

I developed a genetic mapping population by crossing two Arabidopsis ecotypes one with shallow secondary dormancy and one with deep secondary dormancy. By inducing and relieving secondary dormancy at different temperatures we can map the genetic regions containing the genes responsible for these traits (Quantitative Trait Loci mapping). For the QTL mapping, I will collaborate with a colleague at Liverpool University.

For this project, what kind of laboratory work is conducted? How will you use the new growth room at Boğaziçi University?

We will be doing intensive lab work including growing and harvesting plants, seed biology, and of course molecular biology and genetics. And as we will have to grow plants from 186 genetically different lines, we will become indoor-farmers, making good use of the departments new plant growth room in North Campus. This is a walk-in facility with controlled temperature and light cycles to mimic the daily temperature and light cycles so we can optimize plant growth. The lighting system uses low energy LED lights designed for plant growth to reduce our carbon footprint.

Unfortunately, like many things, the project has been delayed by the pandemic but the plan is to start soon and it last for two years. Once the pandemic is over everything will be easier and it will be possible to recruit graduate students for this and other projects.

What will be the future directions according to the information received from this project?

The resulting data will help predict which of the two types of behavior to be examined will be more able to respond to climate change. As Turkey has a rich native flora such information will be important in regard of the conservation of genetic resources. From an agricultural view point, there is the potential to identify genes that can be exploited in the breeding of elite lines with reduced secondary dormancy and more rapid germination.

Seeds are the basis of agriculture whether the resulting seeds or plants are used to feed livestock or people. As the impact of climate change becomes more obvious, there will be a need for more seed biologists, and increased collaboration between universities and seed companies. 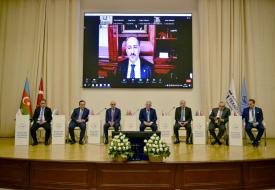 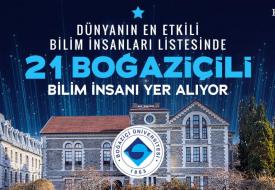