Lale Akarun from Boğaziçi University was elected as the vice president of International Association of Pattern Recognition. 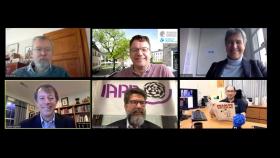 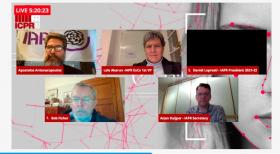 International Conference of Pattern Recognition (ICPR), organized by the Association of Pattern Recognition (IAPR) was held virtually this year.  The 2020-2022 Executive Committee of IAPR  was elected in the governing board meeting of IAPR, attended by 65 delegates from 50 national organizations. Prof. Lale Akarun from Boğaziçi University was elected as the vice president.

The new Executive Committee consists of:

Pattern Recognition can be defined as the discovery of regularities in data through mathematical modeling and classification. In this year’s conference, the main topics were artificial intelligence and machine learning for pattern analysis, biometrics and human behavior understanding, computer vision, robotics and intelligent systems, document and media analytics, and image and signal processing. In addition to the main conference, 41 different workshops were held in the preceding days. Altogether, close to 2000 papers were presented within a week. Alper Ahmetoğlu, a graduate student from the Department of Computer Engineering presented a paper in one of the oral sessions.