Prof. Dr. Sanyal, a lecturer at the Faculty of Chemistry of Boğaziçi University, who develops drug candidates that improve the effectiveness of chemotherapies and reduce their side effects, has won the most important prize of the International Invention Fair Grand Prix with her invention "Frangible polymer drug conjugates" 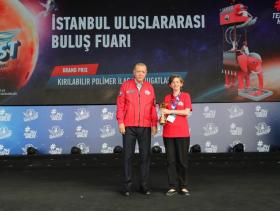 RS Research, a company established to take research conducted by Prof. Dr. Rana Sanyal and Sena Nomak in the laboratory to the clinical stage and make it available to people, has won the Grand Prix Award of ISIF'22 Istanbul International Invention Fair at TEKNOFEST Aviation, Space and Technology Festival in Samsun with its invention "Frangible polymer drug conjugates”. RS Research, a biotechnology startup that discovers smart drugs that enable targeted chemotherapy in the field of oncology, is developing next-generation cancer treatments.

277 INVENTIONS FROM 12 COUNTRIES COMPETED AT ISIF'22

277 inventions from 12 countries participated in the ISIF'22 International Invention Fair, organized held as part of the  TEKNOFEST Space, Aviation and Technology Festival in collaboration with the Ministry of Industry and Technology, World Intellectual Property Organization (WIPO), the International Federation of Inventors' Association (IFIA), the European Patent Office (EPO) and the Turkish Patent and Trademark Office. RS Research won the grand prize Grand Prix for its invention "Frangible Polymer Drug Conjugates". The winners of the event received their awards from President Recep Tayyip Erdoğan.

The biotechnology startup is using its proprietary drug delivery technology to discover drug candidates that can enhance the effects of chemotherapies and reduce their side effects, drawing on its collaboration with the Center of Life Sciences and Technologies for early-stage studies of drug candidates from its portfolio.

With the completion of the manufacturing infrastructure at the Teknopark Istanbul facility, RS Research has developed the first new drug candidate whose development steps have been carried out on the path from the laboratory to the clinic in Turkey, and Phase 1 clinical testing has begun. Phase 1 clinical testing in lung cancer, the first drug candidate based on the patented targeted carrier technology, continues with volunteer patients in Istanbul and Ankara. 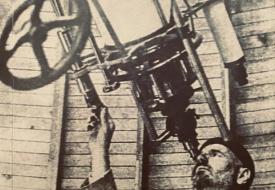 Bilim
Exalter Award in the field of social science research